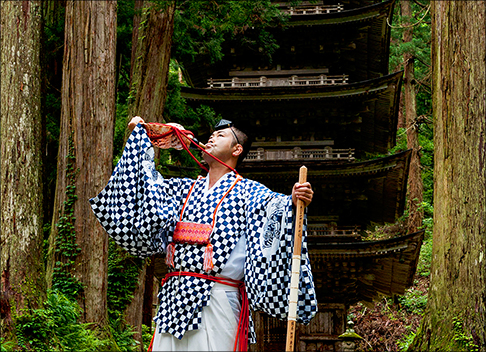 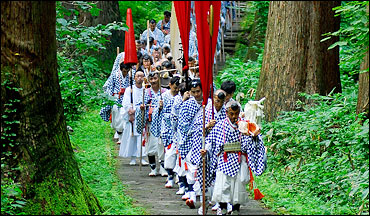 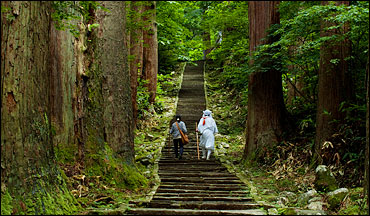 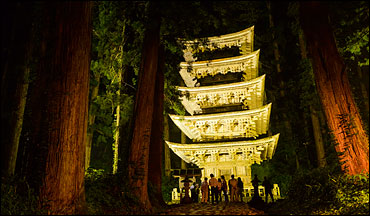 Dewa Sanzan has been designated a Japan Heritage site!

Yamagata Prefecture’s application for “A journey of rebirth through nature and faith, beginning with 2,446 stone steps amongst the 300-year-old cedars: Dewa Sanzan” to be granted Japan Heritage status was approved.

Local worship on the Dewa Sanzan mountains Mt. Gassan, Mt. Haguro, and Mt. Yudono takes place at Gassan Shrine, Ideha Shrine, and Yudono Shrine, respectively. However, the deities of all three mountains are also enshrined at the main shrine Sanjin Gosaiden, or “hall of the three,” on Mt. Haguro. It is said that 1,400 years ago, Prince Hachiko, son of the 32nd emperor, Sushun, was guided by a divine three-legged crow to found the shrine there.
Legend has it that a person can be reborn by making a pilgrimage to Dewa Sanzan. The practices of the mountain ascetic monks are those of “death and rebirth”; they allow practitioners to become one with nature and feel its energy flow through the body, and to rediscover one's self by experiencing the union of man and nature anew.
“Shojin-ryori” ascetic cuisine is born of a union between man and mountain: carefully prepared with traditional techniques and ingredients from Dewa Sanzan's rich natural bounty, it is purifying fare that expresses gratitude to nature. Visitors can partake of shojin-ryori at the Mt. Haguro Saikan temple lodge, as well as in the pilgrim's lodgings in the town beyond the massive torii gate at the foot of the mountain. Pilgrims stay at both locations, but doors are also open to tourists looking for accommodations or to enjoy a shojin-ryori meal.
Dewa Sanzan is home to 4 of the Michelin Green Guide: Japan's star-rated locations, including the cedar-lined path of 2,446 stone steps up Mt. Haguro, and the oldest pagoda in Tohoku: the 5-story Pagoda of Mt. Haguro, a National Treasure of Japan. It is also popular as a spiritual “power spot”. 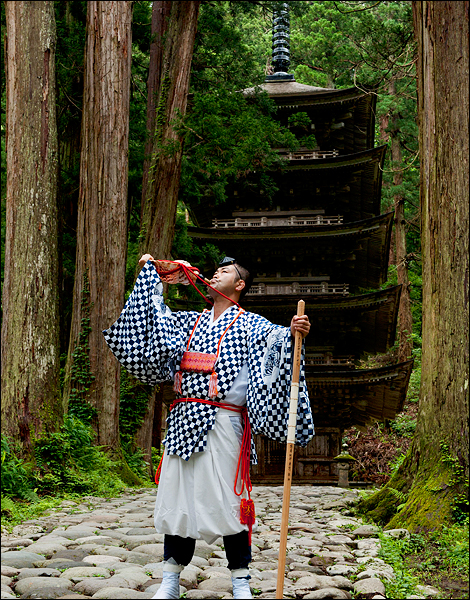 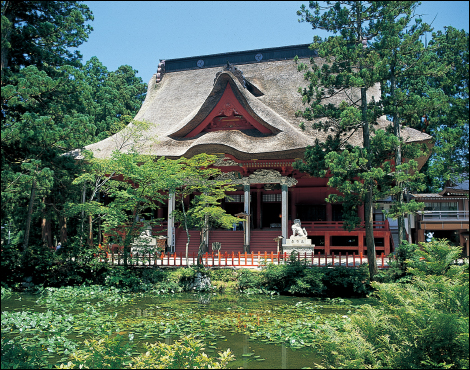 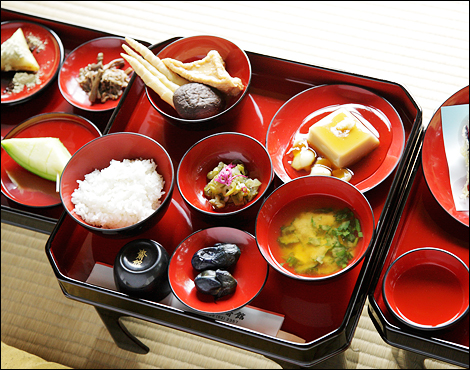 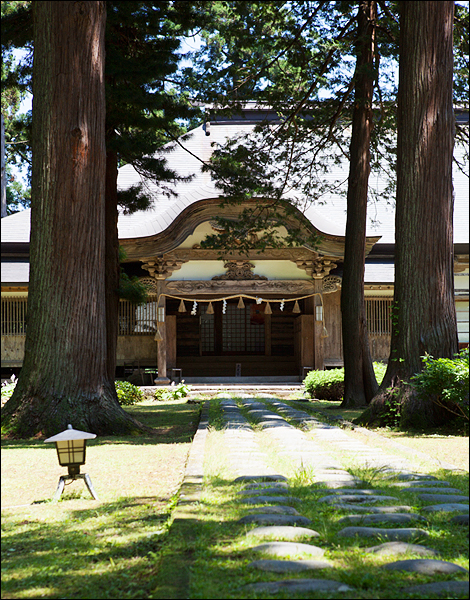 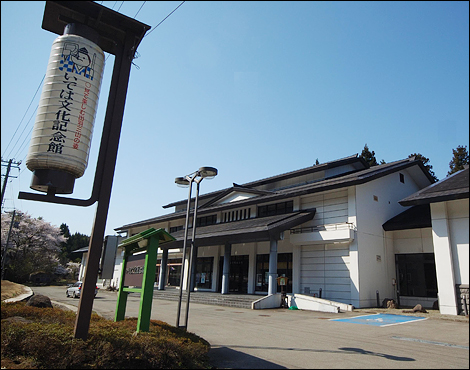